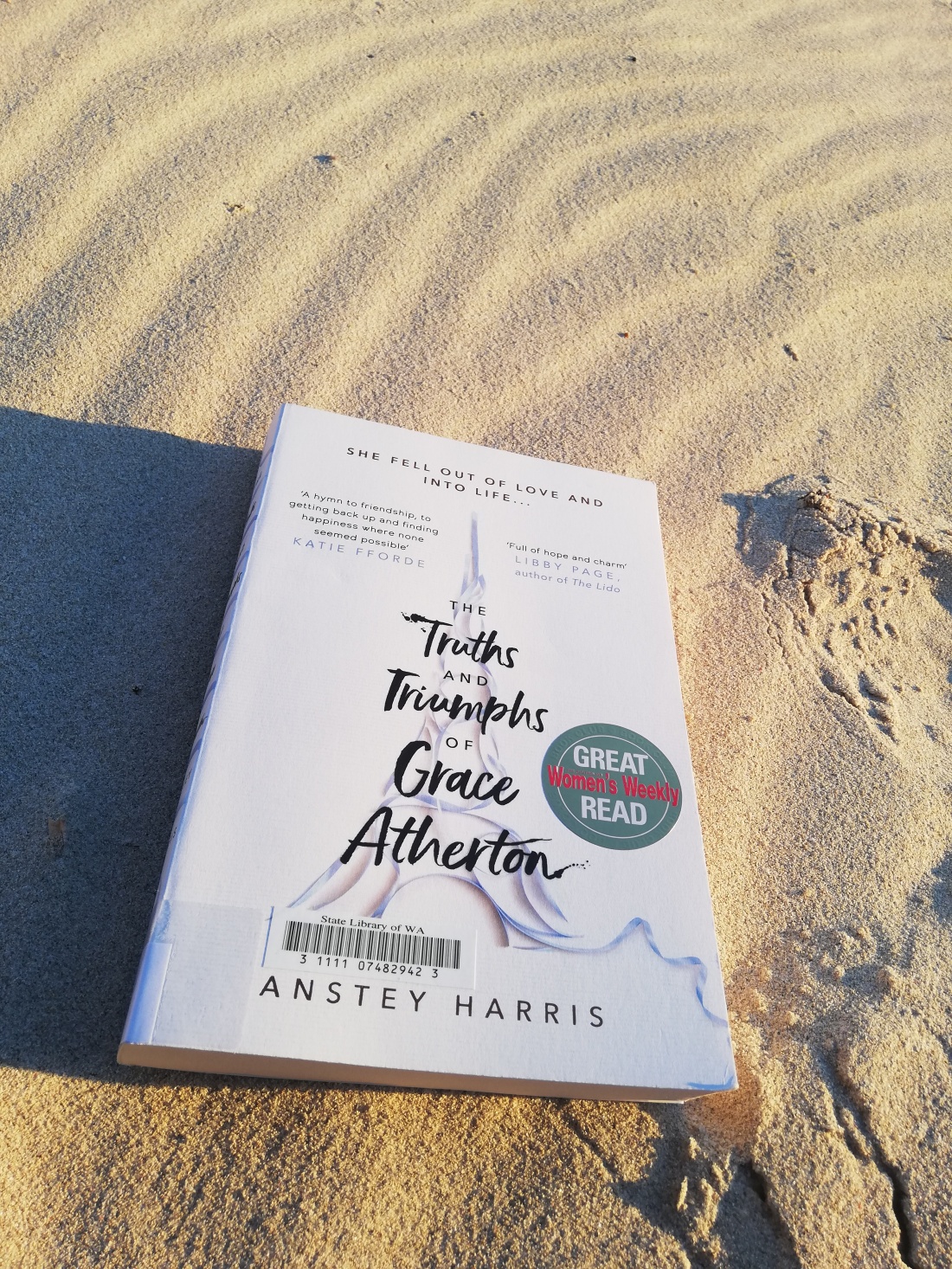 I’d heard good things about this book, so despite already having far too many books to read already, I ordered it from the library (along with a few others that all arrived at the same time).

This really was a wonderful story that encompassed many emotions for me. I read this through the evening, taking it to bed to read a couple of chapters, somehow the pages kept turning and all of a sudden there was only 60 pages left, so what was I to do? I finished it at 1.30am after pushing through my eyes wanting to close, I was so engaged I just had to know what happened.

Grace was such a real character, definitely full of faults, naive in many ways, a loner, but with a huge heart, and though I didn’t agree with the choice she had made in her relationship, I still very much connected with her. Grace goes through some serious ups and down throughout the novel, and finds out many things about herself and what she is capable of. The choices she makes and the events that happen to her and around her that are out of her control, completely turn her life upside down.

‘Isn’t that the beauty of life, Grace? Those unexpected moments where a turn that feels so wrong  so awkward  at the time blossoms into an opportunity like this? I’ve led a  life full of surprises  dear, and of contrasts. I wouldn’t change it for the world.’

The two people who were there for her, Mr Williams and Nadia, teach her many lessons and show her what friendship is. They were both such wonderful and unexpected characters. Mr Williams was an amazing old man who supported Grace through everything and pushed her when she needed pushing. Nadia a teen with many hidden layers, also pushed Grace in many ways, she does an incredible job helping her grow and change. These three people needed each other, Nadia and Grace especially, gained so much through their friendship.

The musical instruments and the music itself in the story were beautiful, I could see every cello, violin and voila and I could hear the music being played. I wish I could truly hear Nadia’s symphony, as I felt it would be an amazing experience, and that was just from reading about it and the emotions it evoked. Music played an important part in the story, I know how much music can affect my mood, to play it would be incredible. Grace grappled with so much self doubt around her abilities, it was a huge journey she went through spanning from her past experiences to the present where her music was concerned.

A wonderful story of friendship, of getting back up when life pushes you down and of not being afraid to live life to the fullest.

About the Book: Jojo Moyes meets Eleanor Oliphant in Goodbye, Paris, an utterly charming novel that proves that sometimes you have to break your heart to make it whole.

Grace once had the beginnings of a promising musical career, but she hasn’t been able to play her cello publicly since a traumatic event at music college years ago. Since then, she’s built a quiet life for herself in her small English village, repairing instruments and nurturing her long- distance affair with David, the man who has helped her rebuild her life even as she puts her dreams of a family on hold until his children are old enough for him to leave his loveless marriage.

But when David saves the life of a woman in the Paris Metro, his resulting fame shines a light onto the real state of the relationship(s) in his life. Shattered, Grace hits rock bottom and abandons everything that has been important to her, including her dream of entering and winning the world’s most important violin-making competition. Her closest friends–a charming elderly violinist with a secret love affair of his own, and her store clerk, a gifted but angst-ridden teenage girl–step in to help, but will their friendship be enough to help her pick up the pieces?

Filled with lovable, quirky characters, this poignant novel explores the realities of relationships and heartbreak and shows that when it comes to love, there’s more than one way to find happiness.