Oh my god, this book has sat on my digital shelf for 11 months, I am so glad I finally got to it because it was an action-packed read that kept me guessing until the end.

When Charlene’s father is murdered in front of her it is the catalyst that sets of a series of events that after a while she has no control over, as secrets and lies begin to come unravelled, Charlene throws herself into the path of danger.

While I couldn’t even begin to imagine running off to Cuba to hunt down my past, that is exactly what Charlene does. Her only saving grace is that she is lucky enough to have landed sexy ex-naval officer Marshall as her skipper to get her across from the US to Cuba, an illegal and potentially dangerous journey in itself.

These two have an instant connection, but both fight it as they have their own agendas and their own personal issues to deal with.

Charlene was one tough young woman, her father had given her lots of training over the years, and this is the only thing that kept her alive. While I thought some (most) of her decisions were really not the best idea, she was running completely on her emotions and to her, they seemed to be the only decisions to make.

While Marshall is determined not to care about Charlene, when she doesn’t make the rendezvous, he is, of course, determined to try and save her.

There is plenty of action, suspense, and chemistry in this fast-paced romantic suspense novel and I am going to try and hunt down the first book in the Maximum Exposure series. I remember reading and enjoying book 2 Out of Mind but it looks like these are being rereleased, so I might have to wait to read book 1 Out of Reach.

Thanks to NetGalley and Kensington Books for a digital copy of this novel in return for an honest review.

This is the third book in the Island Bound series, and we finally get to meet Logan who has been off the grid for a couple of years, his sisters and their partners make it their mission to go and find him, and find him they do, and he’s in a whole world of trouble.

Logan is hiding from some pretty bad guys, he’s been flying under the radar for a while, he’s currently living on his boat in the Caribbean and working with a turtle rescue group. But his peaceful life has just gotten complicated.

Mia is a dancer and is paying off a debt to a particularly nasty businessman.

The chemistry between these two is immediate, but both are hiding so much and trouble has found them in a big way. This novel is action-packed from the start and as Logan and Mia try to find a way to escape the people who are after them, the hits just keep coming and they find themselves getting pulled deeper and deeper into trouble.

It’s a good thing Logan’s sisters and their partners turn up because after what they have been through themselves, they definitely aren’t going to let their brother fight this fight on his own.

I thoroughly enjoyed the third book in this series, this family sure does seem to be a magnet for trouble, but by the end, they are all closer than ever and there’s happy ever afters for them all.

Thanks to the author for a digital copy of this novel in return for an honest review.

This is the third book in the Credence, Colorado series, I read Nothing But Trouble (#1) this time last year and thoroughly enjoyed it, so it came as no surprise that this was just as enjoyable.

Asking For Trouble deals with the repercussions of domestic abuse, by a parent and by a husband.

Della has lived in Credence for the past 3 years, ever since her brother Wade, the local cop rescued her. She’s spent her time getting her life together and sitting at Tucker’s bar learning to feel safe and learning about friends.

Tucker is Wade’s best mate and as such feels obligated to protect Della and help her in any way he can. Being her wingman as she learns to date probably wasn’t what he had in mind.

I really loved these two, their friendship which starts with Tucker giving Della and then getting roped into being her wingman as she goes on Tinder dates, slowly grows into something more.

Della tasks Tucker with teaching her about her sexuality, and she couldn’t have asked for a better teacher. Tucker is the kind of guy every girl dreams of. He’s gorgeous, attentive, and protective, but he has hangups about how he feels about Della, his age, his friendship with her brother and her past. Watching these two explore each other and their feelings was all kinds of fun. And hoping they can both get their acts together and decide how they truly feel about each other was fun too.

Della certainly comes into her own as the story progresses and that’s no small thanks to Tucker. But also to her friends and Rosemary, one of the residents the old people’s home she works at. Rosemary is just an absolute hoot and she certainly teaches Della a thing or two, probably more than Della wished to know.

A great read with a happy ending.

Thanks to NetGalley and Entangled Publishing for a digital copy of this book in return for an honest review. 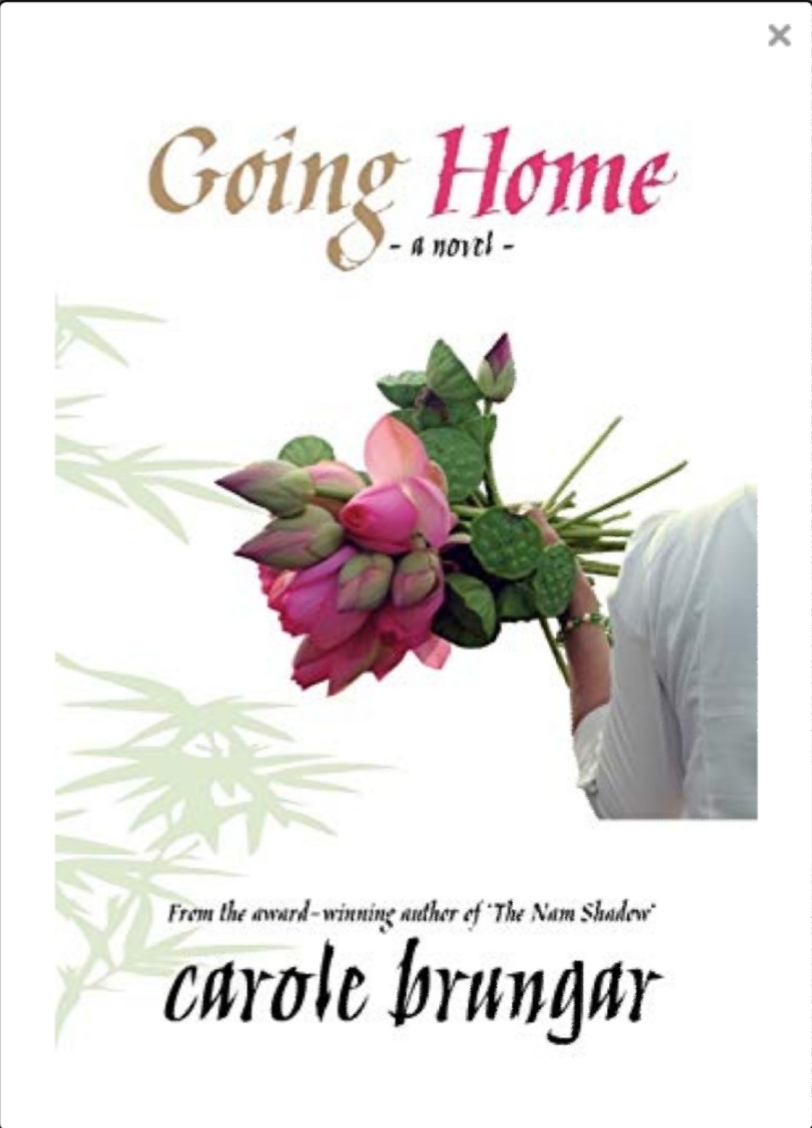 New Zealand author Carole Brungar is able to write of an incredibly terrible time, the Vietnam War, in a very emotive and realistic way. I can always see myself there during those terrible times, whether in the jungle with the soldiers, in the helicopter flying into dangerous situations or at the hospital tending the children with horrific injuries. I can smell the smell and hear the sounds of everything that is going on during these chaotic and dangerous times.

This book, the third in the Return to Nam series, stories about the Vietnam War and the NZ soldiers, nurses, photographers and entertainers, who went there without knowing what the were flying into, takes us out of the jungle and into the town, where Ronnie has signed up to do a stint (12 months) as a nurse.

When New Zealander Ronnie arrives she has a naivety about her, but she is a strong and determined young woman, whose strength and determination get her through everything that happens during her time there. She works tirelessly for these children and instigates many changes to the ward to help with the healing of these children who have been caught up in the middle of this war.

Ronnie meets American pilot Joseph who is on his second tour of duty, they hit it off straight away despite Ronnie believing that nothing can come from having a relationship during a war. Joseph is a strong and happy character who lives for the thrill of going into dangerous situations.

I really enjoyed the relationship these two built between them and I loved Joe’s perseverance when chasing Ronnie and trying to get her to want more.  I could see things from both characters POV, it isn’t really a great time or place to fall in love, but at the same time, what if this is their only time and place in which it can happen, the future certainly was not guaranteed for anyone.

There were several very tense times throughout this novel when danger showed it’s head and not always from where you were expecting it. There were a few tears and some moments of joy and many many times where I thought, there is no way I would have survived what these guys have been through.

The cast of supporting characters was great to meet and I really enjoyed the small appearances from characters from the previous two novels The Nam Legacy and The Nam Shadow. I really look forward to whatever Carole Brungar brings us next. If you are interested in a novel about relationships and the Vietnam War, then I highly recommend this novel and the previous two novels in the series. 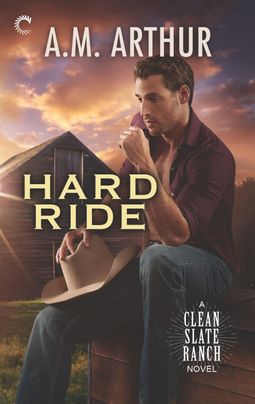 Hard Ride: A Gay Cowboy Romance (Book 5 Clean Slate Ranch series) by A.M. Arthur had me up all night reading to see if our two main characters, Slate and Derrick could go from fake boyfriends to something real. I have enjoyed this whole series so far and this newest book was no exception.

This one takes us away from Clean Slate Ranch, though all the previous characters I’ve come to know and love, regularly make appearances. After Slate has an accident he makes a deal with Derrick, they will be fake boyfriends for the summer, so Derrick has a date for 5 family weddings he has to attend, and in return Slate can recuperate at his place in the city where he has access to medical facilities.

The fake boyfriend/girlfriend trope is not a new one, but I personally haven’t read many of them, and I really enjoyed this one, watching them fall for each other, they already knew they had the chemistry, but watching that chemistry turn to something more was really enjoyable even if they were both too stubborn to say anything to each other. Cue best friends who can help out.

I loved the new cast of supporting characters who live in Derrick’s house and who Slate also becomes good friends with. I especially liked Dez who’s sweet, quirky and an individual and made Slate’s time recovering more enjoyable and set him on a new and completely different path from his former interests.

Slate has kept a secret from everyone, a teenage daughter who he is desperate to form a proper relationship with. I liked the way this played out and I liked how open she was to Slate and Derrick’s relationship and how that made her look at her dad in a new and better way.

A really enjoyable romance and I’ll be cheering this couple on, as I have for all the couples so far. I hope there is another book in this series to look forward to.

Thanks to NetGalley and Harlequin – Carina Press for a digital copy in return for an honest review. 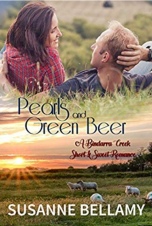 I’m not a big reader of novellas, but I do enjoy Susanne Bellamy’s writing, so I was more than happy to read an ARC of her latest Bindarra Creek novella Pearls and Green Beer.

At only 65 pages, this short and sweet story is a lovely way to spend an hour. I enjoyed the two main characters, Annie and Ty. I liked that they both had issues they needed to work through and that being willing to take a chance on love and each other allowed them to realise those changes they needed to make in order to be happy. The dynamic between them was really sweet and lovely.

Thank you to the author for a digital copy of this book in return for an honest review.