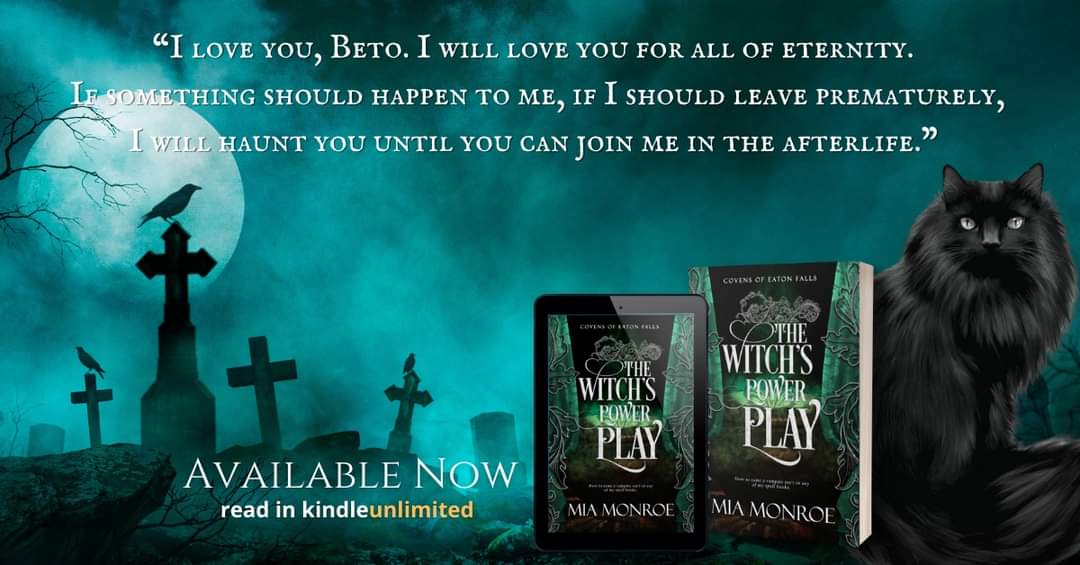 I am really enjoying the Covens of Eaton Falls series, I like the way the books continue on from the previous one and things don’t get rehashed all over again.

As Leo’s best friend in book #1 Never Trust a Guy With Fangs, this time around it’s Presley’s turn to get his vampire. In book #1 Presley was assigned Beto to guard/look out for him, and we know he and Beto had definite chemistry between them that they both were fighting, one of the reasons, the curse, is no longer a reason and these two are finally able to act on their feelings. I really liked that once they’d established they were both interested that they were both all in, and things certainly got steamy for these two.

Presley has some tough things to deal with after getting together with Beto and I loved that he was able to take control and realise how strong he was even without his magic. He was much more capable than he believed and once he saw what he could do and learned to have confidence in himself, there was no stopping him.

I am really looking forward to the next instalment.