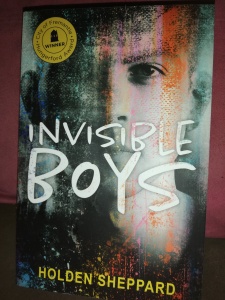 I’m feeling extremely emotional as I’m writing this review, I’ve just finished Invisible Boys and what an incredible novel it was. From the beginning Charlie, Zeke and Hammer grabbed hold of my heart and wouldn’t let go. I read 70% of this novel in one sitting; I was up until 1.30am and the only reason I put it down was because I literally couldn’t keep my eyes open. I picked it straight up again 5 hours later and was mightily upset that I had to go to work without finishing it. It stayed in my mind all day, I couldn’t wait to get home to finish the journey these 3 guys had taken me on.

I think this is an important novel that everyone should read, gay or straight, old or young. I’m glad Holden Sheppard survived his journey to write this novel, I hope it helps give a voice to those who feel like they don’t have one – the Invisible ones.

It brings with it so many emotions, good and bad. It made me angry and disappointed at the adults who should have known better, especially the parents who should have supported their children regardless of their sexuality. It made me mad at the kids who were so cruel to Charlie, especially his so-called two best friends and bandmates. It made me hopeful when some of the kids stood up for and by Charlie. It made me sad that one or more of the characters couldn’t accept who he was. But it ended with hope.

I really felt for Charlie who is ‘outed’ by an unhappy and vicious woman, but his outing is the catalyst for everything that happens to Zeke and Hammer and Matt. Whilst Charlie, Zeke, and Hammer held me hostage to their story, it was Matt, in the end, that made me cry.

The parents, school staff and the people in this small town didn’t deserve these young men. They were small-minded, ignorant and bigoted, not all, but most and I will never understand this mentality. I consider myself lucky in that when I was growing up, being gay was never an issue. I don’t remember hearing any derogatory remarks about homosexuality and in this way, I formed no biases in my thinking. I’ve never thought that there was anything wrong or strange in any way about people who are gay and for this I’m thankful as I have some wonderful friends who I may have missed out on and my life would be lacking because of it.

I’ve gone off tangent slightly, but this novel really brings it home how awful and ignorant people can be and how we really need to be open to accepting people for who they are. We also need to  educate those who are in need of educating.

A wonderful novel that I recommend to everyone, I can see why this won the Hungerford Award. 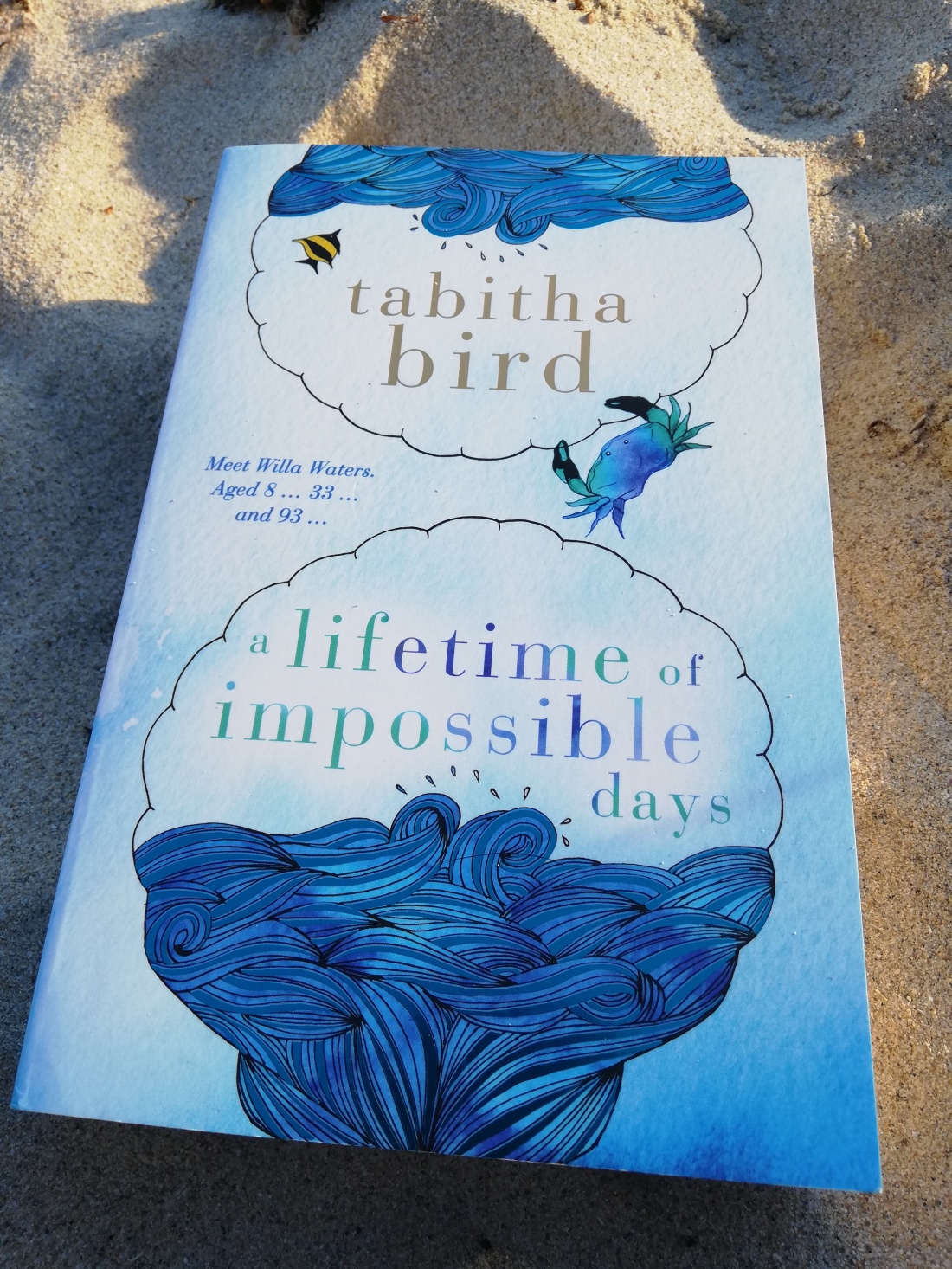 I have just finished a story that has touched my heart and soul so deeply. I cried bucket loads for nearly half the book, and I can’t stop crying. It’s not all sad crying, there’s healing in these tears, healing, happiness and hope. I moved from one emotion to the next, on to the next, and found I couldn’t and didn’t want to put the book down.

“Grammy doesn’t wipe my face, but she moves her chair closer. She says you shouldn’t wipe people’s tears away because they have the right to cry them. Instead you should sit beside them so they don’t have to cry alone.”

I’m not sure I’ve ever read a book that touched me so much, and that’s saying something because I’ve read a lot of books. This was an incredibly powerful story, incredibly written and inspired and brave. This book has some amazing lines and words to live by. Grammy and Silver Willa have some of the best things to pass on to us.

“Believing impossible stuff is the start of how we make it possible.”

Three Willa’s, aged 8, 33 & 93. Three Willa’s who have lived through trauma, and are all still dealing with that trauma at different stages of their lives. It’s a story of magic, magic from a jar with an ocean inside and magic from within, magic we aren’t always aware we have inside us.

I fell in love with 93-year-old Silver Willa from the first page, with her fabulous gumboots and her fading memories. She’s such a character and has some wonderful lines, all the while trying to remember some very important things that she writes in her notebook. Willa is on a mission, when she can remember that is.

“Ninety-three is the kind of age that has infinite potential to shock and annoy people. I’m fabulously old enough to wear red with purple, spots with stripes. To say whatever flitters into my head and pretend I haven’t the faintest clue why people are huffing and puffing. To need sensible shoes and then turn around and buy yellow gumboots.”

Middle Willa was the hardest character for me to like to begin with, but she definitely left her mark on my heart by the end of it. Middle Willa is still trying to deal with her childhood trauma and it is a struggle to do this. Middle Willa’s two children are great, especially Eli who can see the magic that happens with the house and the ocean in the garden that comes from a jar.

8-year-old Super Gumboots Willa is a child full of potential and imagination, who uses her stories to survive those things that are too hard to remember. This small girl has a huge heart and is so full of a mix of emotions.

We travel through this story, uncovering the past and the present from the three Willa’s viewpoints. At times heartbreaking and at others life-affirming, the journey is one that will stay with me.

“I’m going to tell you something. It took me too long to deal with the hurt my father caused me. Your mother was grown and married to your father before I could see how little I knew about letting Shane go and loving myself. Instead, I gave all these wounded lessons to your mother as a child and she in turn gave them to you. Oh, what a marvellous job we all do of passing brokenness down through the generations. Maybe you don’t want to keep that particular tradition? “

I do want to say there are some definite triggers in this novel, so just be aware when you are picking it up.

A wonderfully brave and powerful story that I can’t recommend enough. Thank you to Tabitha Bird and Penguin Books Australia for a copy of this book in return for an honest review.